Few restaurants establish themselves as icons. Fewer still become deeply embedded members of the community. Since 1955, Sea-Hi Famous Chinese Food has accomplished both.

Originally opened in 1955 by the late Edna Chan and her husband, Kuo Gam Chan, Sea-Hi was a pillar in Toronto’s “first Chinatown”, which stretched along York and Elizabeth Streets between Dundas Street and Queen Street West.

With the changing culture and expansion of the city northward, Sea-Hi moved to its iconic Bathurst Street location in 1961. In 1977, long-time employee Stanley Chui took over as the new owner. 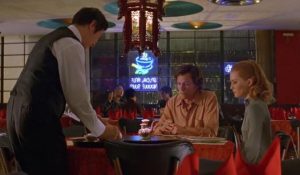 Over its 59 years on Bathurst Street, Sea-Hi has appeared on the silver screen multiple times. In the 2005 thriller, Where the Truth Lies, characters played by Kevin Bacon, Alison Lohman, and Colin Firth enjoyed a meal at Sea-Hi in the 1950’s set movie. In 2017’s Dreaming of a Jewish Christmas, Sea-Hi was the backdrop for this CBC documentary featuring interviews with Jackie Mason and performances by Steven Page and Aviva Chernick. Chui successfully operated Sea-Hi until its closure in 2020 just prior to the Covid-19 pandemic. The closure was a shock to Toronto’s midtown community, who represented multiple generations. Many customers had been dining there all their lives, having been introduced to Sea-Hi by parents and grandparents.

Less than two years later, a group of passionate and long-time Sea-Hi customers acquired Sea-Hi from Chui. And with it, the recipes, phone number, and menu items that have become so well known, many patrons order by menu item number from memory.

Beyond the famous menu, all of the most recent original kitchen staff have returned, continuing the tradition of making Sea-Hi Famous Toronto’s favourite Chinese food.